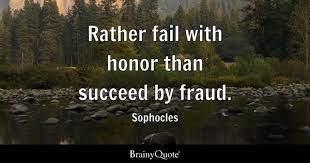 Members of the Association of Senior Civil Servants of Nigeria in Oyo state have called on relevant authorities to look into the financial records of the association.

The members made this call in a press statement.

''We have reported their conduct to the Inspector General of Police who has promptly directed investigations by FCID, Alagbon Lagos on the matter.The fact of the matter is that, Mr. Alade Bashir Lawal and his partners were reported to the police for suspected fraud of monumental proportion and mismanagement of the union’s finance and resources. On the basis of the complaint the Inspector General of Police directed the Force CID to investigate the criminal allegations and the petition by the union’s President, Comrade Innocent Bola-Audu.The Commissioner of Police Lagos was also directed by the IGP to provide security in the Secretariat to ensure no breakdown of law and order, and in order to prevent the suspects in the case from tampering with evidence materials that may be needed in police investigations. The Union is bleeding and needs immediate resuscitation to survive, because a massive damage has been done to its resources, assets and manpower.Therefore, there is work to be done. As, you may already be aware that some arrests were made in the Union by Federal Criminal Investigation Department (FCID) of the Nigeria Police, Alagbon Lagos on the orders of the Inspector-General of Police on Thursday August 4, 2022,'' the statement concluded.