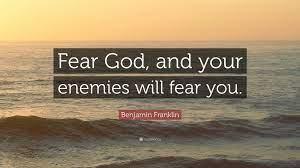 The population of the world is classified into faith distinctions of believers, unbelievers, and hypocrites.
Unfortunately, the almighty Allah has created mankind to worship Him aright(Holy Quran 51:56).
The population of believers is in the minority.
The unbelievers fall into various categories.
The hypocrites are in significant numbers.
This is why the Holy Quran declared in 22: 11, at least with respect to Islam: '' There are among men some who serve Allah as it were on the verge: if good befalls them, they are therewith, well content; but if a trial comes to them, they turn on their faces: they lose both this world and the hereafter that is indeed the manifest lose''.
It is, therefore, to measure the population density through the degree of religiosity with a direct correlation with God and Godliness. Through this, it will become crystal clear that believers in every religion are few, while the hypocrites are in the majority.
The common characteristics of the hypocrites revolve around anti-social activities, definable by sins and crimes that usually threaten the peace and stability of every society.
The Holy Bible, Matthew 10: 28-31 throws more light, ''And fear not them which kill the body, but are not able to kill the soul: but rather fear him which is able to destroy both soul and body in hell.
29 Are not two sparrows sold for a farthing? and one of them shall not fall on the ground without your Father.
30 But the very hairs of your head are all numbered.
31 Fear ye not, therefore, ye are of more value than many sparrows.'' 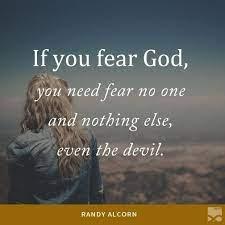 The assignment before the true believers who walk the talk by been scripture compliant is not only to correct the aberrations in the land but to work on the unbelievers and the hypocrites through exemplary lifestyles.
Similarly, the Holy Quran 6:93 refers, ''Who can be more wicked than one who invented a lie against Allah, or saith, 'I have received inspiration when he hath received none or again who saith,' I can reveal the like of what Allah hath revealed?
If thou couldst and see how the wicked do fear in the agonies of death !-The angels stretch for their hands, saying,' yield up your souls-This day shall ye receive your reward-a chastisement of disgrace for that ye used to tell lies against Allah and scornfully to reject of His signs.''
Believers must be conscious but get strengthened in their faith, while the hypocrites and the unbelievers must receive admonition for positive change.
Let us fear God, but respect ourselves to be able to create a new world order of peace and development that would be safe and secured for human habitation and wellness.