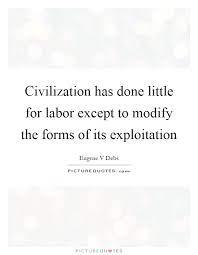 Reinstate Suspended President and others within 21 days or........-Concerned ASCSN members to its Leadership

Concerned members of the Association of Senior Civil Servants of Nigeria(ASCSN) have threatened to picket the association's national secretariat if its suspended President and other sacked workers are not reinstated within 21 days.
This threat was handed down by the spokesman of the concerned members, Comrade Andrew Emelieze.
''We give the union and its secretariat a twenty-one-day ultimatum to settle all disputes surrounding the suspension of the President, Comrade Bola Audu as endorsed by the congress and reinstate him, and also reinstate the recently sacked union staff and halt further termination of employment in the union secretariat; else the congress shall be compelled to picket the national secretariat of ASCSN in Lagos and Abuja.''
''We also call on all members of ASCSN to stand up for the truth, September 29, 2021, the Secretary-General MUST GO or we should get ready to compel him to vacate through protest on or before September 29.' 2021. The Congress appeals to the Secretary-General not to plunge the union into further crisis before he retires.''
''Comrades, the expectation of members was that our union should stand by her President to the end until he was proven guilty by a competent court. The reverse is the case as the central working committee has been sponsored to discuss and approve his suspension while he was wrongly detained for fourteen days by NAPTIP. The President was never visited in detention by any ASCSN official neither did they make moves to ensure his welfare in detention nor allowed him a fair hearing before he was horribly suspended while still in detention. What the Secretary-General cannot forget is that the immediate past ASCSN President had a similar case but was never betrayed by ASCSN.
'' Comrades, as real owners of the union, we must ask why is the Secretary-General sacking workers to the extent that he will sack close to twenty staff in a month while he himself is seeking to work for more years after retirement? Why is Lawal refusing to retire from ASCSN? And why is he so desperate to continue to perpetuate himself in ASCSN?
Why has he turned himself to the BOSS and manipulating us all? The SG is a paid secretary of the union and why has he hijacked the union?'' Comrade Emelieze concluded.