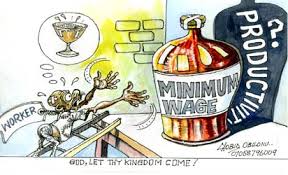 The All Workers Coverngence(AWC) has declared that the Federal Government does not have any intention to increase workers' salaries.

The AWC made this declaration through its National Coordinator, Comrade Andrew Emelieze, in a chat with People.

''It is a delibrate attempt to dash the hopes of the Nigerian workers, who have been underpaid in the past years. And so it is as if, it is also a delibrate attempt to deceive the Nigerian workers, having continually promised since last year, ever since the committee was set up and the promise that the new minimmage will see the light of the day in Septmber, for government to now say it is no longer possible, confirms the fact that government is deceiving the workers and it is the most irresponsible thing to do''.

''In the light of this, the AWC, is calling for immediate radical action from the Trade Union Congress(TUC) and the Nigeria Labour Congress(NLC),  the two unions should  as a matter of urgency, confront this pronouncement with a nationwide strike action, as this remains the only therapy that can help workers in the struggle for a new antional minimum wage '', Comrade Emelieze stated.

The Minister of Labour, Dr. Chris Nigige, has a few days ago, disclosed that by September, the committee on new antional minimum wage would be submitting its report, and as a result the implementation would be moved forward.

Training and Retraining of Workers : Oyo Govt Has not Done Enough for us-Chairman JNC 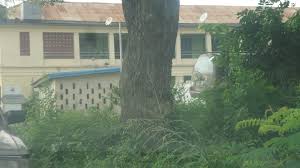 Similarly, the Chairman of the Trade Union Congress(TUC), who also doubles as the Chairman Joint Negotiation Council(JNC) in the state, Comrade Emmanuel Ogundiran, has disclosed that the state government has not done enough in the area of training and retraining of the state's workforce in the last seven years.

''Training and retraining that could have improved our productivity  has been embargoed. This is not good for the workers. However, the state government is trying its best in the payment of salaries, we are only been owed for May, as at now, the government has the will to pay. But in the area of facelift to our work environment, government started well, the Governor's office is a sight to behold, but same cannot be said of our offices'', Comrade Ogundiran noted.