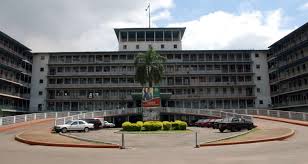 Health workers in the University College Hospital(UCH)Ibadan, Nigeria have expressed reservations over the insistence of the Minister of Health, Prof. Isaac Adewole that their salaries for April and May would not be paid until the leaders of their unions apologize for embarking on the suspended strike action.

The UCH health  workers made this known through the Chairman of the National Union of Allied Health Professionals of Nigeria(NUAHP)UCH branch, Comrade  Oladayo Olabampe.

''The Minister of Health, Prof. Isaac Adewole has said that the two months salaries owed workers in the UCH would onlybe paid, when our union leaders apologize for the strike action that has been suspended. But we are not ready to apologize. The strike action was legal''.

''However, salaries for 17 days in April has been paid, remaining 13 days , while May salaries are yet to be paid. The five unions in the health sector are working tirelessly to ensure that salaries are paid'', Comrade Olabampe disclosed