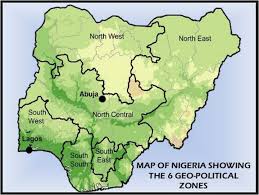 Restructuring and the Quest for Igbo Presidency

In 1998, the apex Igbo socio-cultural organization,Ohaneze Ndigbo restructured, 12 months after, the structure became a platform to campaign for Igbo presidency.

Again,in 2004, the socio-cultural organization restructured,even though the general elections came up in 2007. Nigerians were of the opinion that  the presidency was for all Nigerians.

Their arguments were hinged on the fact that no section of the country,was excluded from aspiring to the highest position in the land.

Indeed,there has never been and there is  still no constitutional provision or clause that allows for the exclusion of any tribe to vie for the presidency.

Interestingly, Ohaneze, is a South East Geo-Political zone based socio-cultural organization, which projects the interests of Ndigbo in particular, and the rest of Nigeria in general.

Although, at a particular point in time the organization was accused of been elitist.

The objective, according to a cross section of those who are members of the organization, is to ensure that the ordinary  man in the street is a  member.

However,they  argue that anybody who is Igbo or of Igbo extraction,within Igboland or in Diaspora,is considered a member of Ohaneze. Such individuals, according the organization can attend  meetings without a third party making introduction.

'You can come to an Ohaneze meeting without anybody introducing you. If there is any need to introduce yourself, you get up and tell them who you are'', they stated.

Sadly, this is not the situation in the diaspora, including Oyo state.

In an interview in 2004, the President of the Anambra state chapter of Ohaneze, Dozie Ikedife,had insisted then, that restructuring was on course, irrespective of any presidential election.

'If it happens that no Igbo man is installed as President this time around, Ohaneze will still play its role to ensure that a President is installed in this country and that things move on peacefully with a sense of equity, fair play,justice and enhancement of the sense of belonging for all'', Ikedife had declared.

The then President of Ohaneze, Prof. Joe Irukwu was consistent in advocating for Igbo presidency, even though the hidden ambitions of his kith and  kin at home and in diaspora militated against his advocacy.

However,  a one time Governor of old Anambra state, Chief Christian Onoh,once observed that state Governors of the South-East geo-political zone have always worked at cross purposes, when it involved the Igbo Presidential project.

'We should tell ourselves the home truth-our Governors are not united',Chief Onoh had noted.

Sadly, some members of the political class in Igboland, project Igbo Presidency in broad day light, while vigorously facilitating an agenda at variance with the collective interests and aspirations of Ndigbo,under the cover of darkness, 'when NEPA don take light'.

Since no tribe or ethnic group has been excluded from Nigeria, the debate about who occupy the number one seat in 2019 and beyond,should be for all and sundry. Perhaps