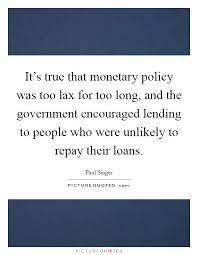 Mixed feelings have continued to trail the announcement by the Governor of the Central Bank of Nigeria(CBN) Mr. Godwin Emefiele that the 200, 500 and 1, 000 Naira notes would be redesigned.

A sizable number of Nigerians believe that the action of the apex bank has a hidden motive, considering the fact that the head was once a presidential aspirant of the ruling party. Others however argue that the action would sanitize the monetary system in the country. In this piece, Prof. Olagoke warns of the consequences. Excerpt :

To start with, the reasons given by the Governor of the Central Bank of Nigeria for the redesigning of the 200, 500, and 1,000 Naira notes must be assessed and evaluated based on present realities.

The word redesign becomes an issue because it would involve changes that may not likely go down well with our ethnic, tribal, and religious persuasions.

Since it had the approval of the presidency various considerations must have been put in place to allay the fears of Nigerians on the suspicion that the symbols might be tampered with. If not let the needful be done, rather than putting the cart before the horse. Indeed, Nigerians had expected these changes in 2015.

Sadly, it is coming at a time when the thoughts of Nigerians have been rumpled by several factors. However, it is better late than left undone because presently the focus of all Nigerians is the high rate of unemployment, hunger, poverty, and most important insecurity in the land.

The major question now is, this change in the design of the Naira shall it be very effective?

What would be the effects of this change in design on small and medium businesses? This is the time when the politicians are on top of their game with various antics to buy votes to attain juicy positions while taking advantage of the above-mentioned. The government ought to do the right thing for the overall benefit of Nigerians.