Govt Must Correct All the Lapses in Education to Move Forward-Prof. Olagoke 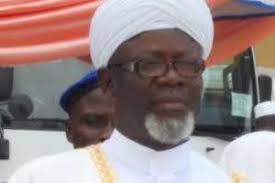 The standard of Primary, Secondary and Tertiary education in Nigeria is a source of worry for all Nigerians irrespective of Tribe, Religious persuasion and social background.

However, the unattractive annual budget allocation to the education sector has continually manifested in the troubled learning environment, shortage of qualified Teachers and teaching aids, poor salaries and absence of incentives for those who impart knowledge.

Nigerians insist that the public higher institutions of learning in the country are yet to meet the purposes for which the institutions were established, even as they argue that the private ones are exploitative and fall short of acceptable international standards.

Sadly several fraudsters have exploited the situation, in connivance with a sizable number of supposed qualified Teachers, to defraud Parents and Guardians of their hard earned money ? in the guise of overseas admissions.

In this interview with, the Founder, Spiritual Head and Grand Imam of Shafaudeen-in-Islam Worldwide, Prof. Sabitu Olagoke opines that Policy makers in government have to co-opt those with the technical know how to move the country forward. Excerpts :

What are your views on higher education in Nigeria, considering the falling standards ?

The Nigerian educational system started to have problems as a result of several retrogressive factors confronting its management, but with neglect and misplacement of priorities from all stakeholders, most especially on the side of government-which is supposed to set and enforce standards and quality in an environment of discipline. For example, federal character aims at ensuring uniformity of purpose and equity. But it has ended up in collapsing the ethics, as reflected in the admission standards, which have discriminatory minimum scores for admission across the six Geo-Political zones.

This is the major concern of the South West that is struggling to go back to the virtuous era of discipline, quality, standards, graduate reliability and employ-ability that could be compared to the modern day acclaimed global competitiveness, through best practices.

Today, we are having 170 universities that are yet to make the first 200 best universities in the global rating.

This is purely due to under funding of education in Nigeria, most especially in the areas of Teachers’ standard upgrade, lecturers’ capacity building need and facility update challenge to meet up with the global trend of development in the world of Science and Technology, through the ever dynamic world of Information Technology(ICT).

Instead of government complying with the UNESCO’s benchmark of 26 per cent of the national budget allocation, Nigeria’s funding pattern of education is yet to attain 10 per cent.

Tertiary Education Trust Fund(TETFUND)has achieved in the areas of structure, but not totally in the area of facility.

The struggle to ensure that all tertiary institution Teachers have first, second and third degrees, is appreciable, but only fractional and unfortunately, the interest of having Doctor of Philosophy, is not for research and development purpose, but for accelerated career progression in the world of academics.

Worse still, our Professors in various fields of human endeavor are yet to be fully engaged in the scheme of aggressive nation building because of the murky waters of our partisanship driven political hostile environment, where expert views are supposed to be sought, but politicians use money to make a wrong choice. This has resulted in the re occurrence of problems in a more dangerous way.

Government’s inability to fund Polytechnic education, as appropriate, makes it a challenge.

Today, most Polytechnics are mere surrogates of Universities.

Unfortunately, university education is more in favor of the cognitive domain that is more of research.

Polytechnic education, with adequate facilities, are expected to compete favorably with what obtains in the industries, which can transform, when harnessed, university theories into physical dynamic machinery of operation, that favors the Psycho-motor domain of education.

All institutions are supposed to work in tandem, with correlative synergy` to promote the country’s industrialization.

Nigeria’s costly neglect of the Technical Colleges, has made us to lose out in the areas of vocational and entrepreneurial evolution that would have formed the very practical bases for industrialization, but for the stigmatization effect.

Parents and children are running away from patronizing this aspect of Engineering appreciation, which the Canadian government has proved to the whole world that their products are crucial, with recruitment in mind, in the establishment of cottage industries for the Small and Medium scale Enterprises(SME).

90 to 98 per cent of this sector are responsible for the industrialization of China, Hong Kong, Russia and the United States of America.

The policy makers need to look inward, by contacting the relevant experts, both from the Polytechnic and University sectors to resolves this matter.