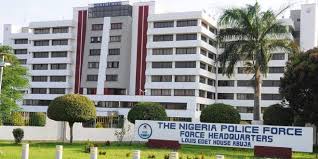 The Other Side of Safeguarding the Lives and Property of Nigerians

In July 2005, the then Inspector General of Police Mr. Sunday Ehindero put in place committee to investigate the circumstances that led to the alleged killing of five Igbo traders and their female friend by some policemen at the Apo  mechanic village, Abuja on June 7 of the same year.

However, the committee was  headed by, Mike Okiro, then a Deputy Inspector General  of Police was dissolved by the then President, Chief Olusegun Obasanjo.

The President hinged his decision on the fact that the Police could not be a Judge in its own case. In addition, the President's action was predicated on the testimonies of a  photographer, hired by the Police in the Federal Capital Territory(FCT) to take photographs of the lifeless bodies of the six Nigerians sent to their untimely graves.

The photographer confessed that the police were responsible for the crime, as he stated that he saw the police bring guns and placed  by the side of the corpses of the six, to make them look like armed robbers, after which, the police ordered him to take their photographs.

The photographer further stated that, he could not believe his eyes, when he saw the Commissioner of Police of the Command, explaining to Nigerians that those killed were armed robbers, while making particular reference to the photographs. Such instances abound till today.

This development emboldened the President to put a stop to the Police investigation, to avert a situation whereby the outcome of the investigation would favour the Police.

Without hesitation, the President set up a Judicial Commission  of Inquiry to find out how the six were killed and the role of the police in the incident.

Nigerians now realized that the action of the President, was an indication that he lacked confidence in the competence of  Ehindero, as Inspector General of Police.

Complainants are converted to accused persons at Police stations, when money exchange hands, just as criminals boast of their cordial relationships with compromised officers and rank and file of the force.

Corruption and inefficiency have become recurring decimals in the Nigeria Police Force, this has affected almost all senior officers, who have occupied the position OF inspector General OF Police.

In this dispensation, Nigerians heaved a sigh of relief, when Ibrahim Idris assumed office as the Police Boss. They thought that they would soon begin to sleep with their two eyes closed This is not the situation, considering the manner the Police has handled the  Senator Dino Melaye case.

Sadly, for several years, there has been a disconnect between the IGP's office and the 36 state commands. This informed the establishment of special task forces by successive Inspectors General of Police to tackle crime nationwide.

Accusation of deprivation of funds and counter accusation of mismanagement of funds have characterized the relationship between the IGP's  office and the 36 state Police Commands.

Indeed, on issues bothering on corruption, the Police cannot be a Judge in its own case. The Economic and Financial Crimes Commission(EFCC) is an anti-graft agency, with a number of policemen involved.

Indeed, the question of funding of the police still remains in the circle of administrative bottlenecks and the late release of funds by the Federal Government. Sabotage is now the order of the day. The insecurity in land addresses the question.

Of worry, is the communication lag between the office of the IGP and the Police Service Commission(PSC). The PSC is  not responsible for the appointment of the IGP.

Successive occupants of the IGP's seat have always been suspicious of any suggestion or advice emanating from  the commission.

Interestingly, some state governments, which are vigorously agitating for the establishment of state police, have taken advantage of the insecurity in the land.

However, state police cannot fly, in an environment filled with political office holders bereft of ideology and principles.

Nigerians should not be deceived by the activities of some selfish and greed-driven citizens, who continuously discredit the present  centralization of the  police structure, in favour of sectional interests and design.