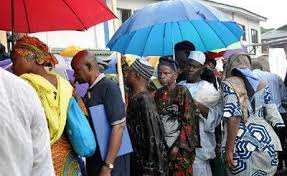 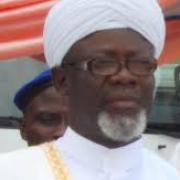 The signing into law of the N30,000 new national minimum wage by President Muhammadu Buhari was received with joy by all Nigerians, especially workers and their dependents. Even though workers are not too comfortable with the consensus method of picking leaders of their unions.

The leaders who emerged via consensus and the 36 state Governors would in the coming weeks,to a great extent, determine how long this joy will last.

In this interview, the Founder, Spiritual Head and Grand Imam of Shafaudeen-in-Islam Worldwide, Prof. Sabitu Olagoke opines that Nigerian workers think of only themselves at the detriment of retirees and other Nigerians. Excerpts :

Do you think workers in the states of the federation have any cause to rejoice over the signing into law of the N30,000 new national minimum wage by President Buhari ?

Generally workers are expected to celebrate the so called N30,000 new national minimum wage in the preciseness of unsustainable economy with poor growth rate, that has no impact on the general lives of the people.

Workers are expected to be holistic, fighting for the cause of the welfare of the people and the structural effects of our democracy, that is yet to be achieved.

Injustice and inequality, marginalization and equity challenges are supposed to be in place before Nigeria and its states can have peace and development that may be sustainable and beneficial to all.

I would have expected that the workers’ unions fight the cause of the retirees and the issue of unpaid salary arrears, before vigorously embarking the satiation for the increase in the minimum wage.

This is because fighting for an holistic cause is expected to be step wise and developmental, which implies that we expect that no state government should be able to stay in power without been confronted every week with the workers’ agitation on these issues; to force them to reason that it was only through the peoples’ mandate in democracy that they had been able to get into the juicy positions of power. 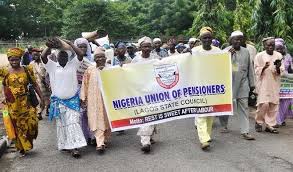 Unfortunately, Nigerian workers became selfish, limiting themselves to the cause of those people in service only, at least ensuring that all states comply rationally with the old minimum wage would have made a good level playing ground to fight for the increase.

State Governors under our democratic dispensation have only succeeded in impoverishing the people, most especially their children-graduates-majority of whom are made to roam the streets aimlessly thereby becoming nuisances.

While government officials and the executive live in affluence, the people under them continue to groan under the harshness of abject poverty affecting their fundamental human rights to have access to the very good things of life; that can make them realize the benefit of governance dynamics.

Now, we are having a change of government come My 29, 2019, derisively, the outgoing Governors may show deceptive friendship, by accepting to pay the N30,00 new national minimum wage, to set a trap for the incoming government, so as to make the new government highly unpopular among the people who gave them the mandate.

Those who will continue in power, maybe ready to damn the consequence, by not agreeing to pay the new wage.

It is a known fact that only between two to three states have the capacity to pay the new national minimum wage, even in the face of unabated corruption.

The government may end up contending with industrial disputes. 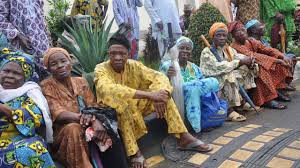 This is not to say that Nigeria is not potentially capable to implement the assented payment of the new national minimum wage of N30,000, but the government failed to back it up with good economic policy and formula.

The cheapest way to do this, does not lie in increasing the Value Added Tax(VAT), because this would negatively affect the prices of commodities for home consumption as well as inviting increase in inflation, with direct consequence on the impoverished masses, who constitute more than 70 per cent of the population.

For equity sake, in which the welfare of the masses would be taken care of, there is the need for the downward review of the salaries of the political class, the executive and the Legislature in particular, say by half, so that the upward review of the minimum wage, which is more of a daily token and stipend in the hands of the elite, who constitute less than 10 per cent of the population of Nigeria, would succeed.

If this had been done, the heavy top would have rolled down to augment the meager amount meant for mass distribution.

Stomach infrastructure is basically primary and should not be toyed with politically, otherwise the provision of basic amenities, if absent, would rubbish the efforts of government in the areas of transportation, mining, power and other sectors that would aid development.

Stomach infrastructure has direct link with the ability of government to provide employment and empower all Nigerians, most especially the youth, so that they would be less restive.

Remember, more than 95 per cent of the small scale industries facilitated industrialization in all the developed countries-the United States of America, United Kingdom, Russia, China and South Korea.

This very good model is sought after by Malaysia and Singapore, which gained independence in 1965.

Let this government in the next political dispensation follow suit, by developing the nation and be virile enough to become a strong institution, rather than building strong individuals, who have become untouchable in the face of corruption, destroying equitable legacy for our youth as it is today. God save Nigeria.