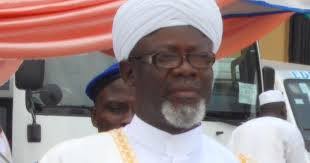 June 12 : GCFR without Payment of Reparation and Compensation to M.K.O Abiola’s Family is Meaningless-Prof. Olagoke

Even though it is post humous, Nigerians have continued to applaud President Muhammadu Buhari for deeming it fit, to confer the country’s highest honors of the Grand Commander of the Federal Republic(GCFR) on the acclaimed winner of the June 12, 1993 Presidential elections, late Bashorun Moshood Kashimawo Olawale Abiola.

In addition, Nigerians believe that if the bank accounts of the Late Bashorun Abiola frozen by the late Military despot, Gen. Sanni Abacha, are unfrozen and reparations paid to his family, justice would have been seen to have been done.

Also, all those who one way or the other lost their lives during the period ought to receive compensation through the families they left behind.

However, the body language of President Buhari is not in tandem with the peoples’ belief, even as a cross section of Nigerians argue that declaring June 12 Democracy Day emanates from gaining political mileage, if consideration is given to the fact that the incumbent President was part and parcel of the late Gen. Abacha military regime.

In this interview, the Founder, Spiritual Head and Grand Imam of Shafaudeen-in-Islam Worldwide, Prof. Sabitu Olagoke opines that conferment of the highest honors in the land in not enough, but ought to also include paying reparation and compensation to Bashorun Abiola’s family, else Nigerians may think otherwise. Excerpts :

In commemoration of June 12, the day the freest and fairest general elections in Nigeria’s history was annulled, what do you think is the best compensation for the late Bashorun M.K.O Abiola’s family ?

The issue surrounding Bashorun M.K.O Abiola is a milestone of an historical record and antecedent in which Nigeria in particular, and the whole world in general, need to learn a lot from. He happened to be a victim of unholy friendship and treachery by his kinsman.

Besides this, his life depicted to the whole world, that even the pinnacle of affluence has a lot of limitations to the expected influences that may accompany it. 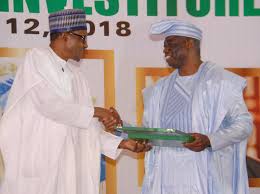 Despite God’s favor on him to win the Presidential elections, with outstanding performance over the National Republican Convention(NRC) candidate, Alhaji Bashir Tofa, based on what nature could give any man, in terms of what would have been the barriers-barriers of Muslim/Muslim ticket, Southern candidacy and the possible environment that is fraught with Ethnic, Tribal and Religious differences, the atmosphere was not only favorable, but the people put aside their differences to ensure that Bashorun Abiola emerged as the winner.

However, some household enemies and the hidden ones among his friends, became a deadly clog in the wheel of his destiny.

The funny aspect, is that of the failure of successive governments after, Gen. Ibrahim Babangida, to revisit his case,and the eventual Democracy that ushered in a total departure from the erstwhile military rule.

His kinsman, the then President Olusegun Obasanjo and his successors, who happened to be the direct beneficiaries of Bashorun Abiola’s struggle for Democracy, equally failed to revisit his state incarceration and dehumanization. 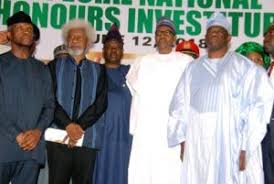 Fortunately, an opposition political party, in the name of the All Progressives Congress(APC) and Gen. Muhammadu Buhari(rtd.)eventually revisited what the whole world helplessly claimed to be an act of injustice, hence the post-humous conferment of GCFR to the late Bashorun Abiola and by extension the largesse of the peak of recognition for his supposed deputy, in the name of Alhaji Babagana Kingibe, as well as the conferment of one of the highest honors in the land on the unforgettable activist, late Chief Gani Fawehinmi, who lived all his, life for the enthronement of Democracy and died without fulfillment of the struggle, to address the injustices meted out to Bashorun Abiola.

Mr. President deliberately refrained from giving his national address on May 29, during his inauguration, and I believe he must have reserved his speech for June 12, which he has been courageous enough to declare as Nigeria’s Democracy day, in fulfillment of the agitations of the progressives to recognize Bashorum Abiola as the symbol of Nigeria’s Democracy and the pathfinder of how the freest and fairest general elections ought to be conducted in Nigeria. 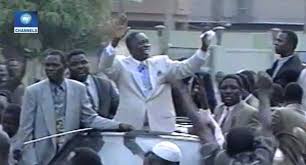 Most of Nigerians expect that the highest honor conferred on Bashorun Abiola as his right, shall be followed by his family having access to what Nigeria and our government owe the late business mogul, most especially in the aspect of unfreezing his numerous bank accounts, as the first step towards reviving his ‘’dead’’ chains of legacies. All these shall be to the benefit of the family he left behind and this shall serve to reunite them.

Recently, one of his oil companies of international repute was affected by the recent government policy through which some oil companies’ licenses were revoked.

Government owes Nigerians an explanation on why Bashorun Abiola’s business concern was affected and possibly work on how he would be exempted. 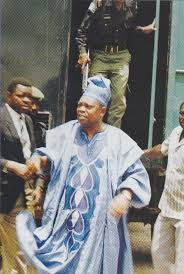 However, recognition through the conferment of the highest national honors in the land shall be meaningless, without supporting it with the attendant freedom for the family to have access to what he had spent all his life to acquire.

I have the belief that the Federal Government is waiting for June 12, for favorable declaration on this, otherwise, the stiff opposition against them may use any lapses on the side of the Federal Government to gain sympathy of the generality of Nigerians to turn the table against them as they did in many states lost by the APC to the Peoples Democratic Party(PDP) in the people’s court and parliament during the recent general elections.