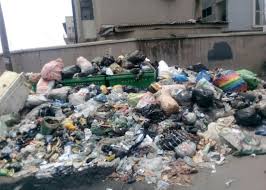 Governing the States of Nigeria in Filth

Most state Governments in Nigeria have over the years failed to ensure that the environment is habitable .

Even though the state governments introduced task forces to enforce environmental regulations and expended large sums of money on sanitation, the environment in most states still remain dirty.

Interestingly, Waste Management Boards in the states have done little or nothing to improve the worrisome situation. 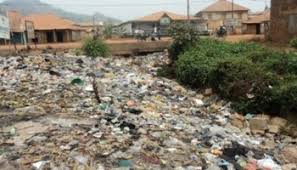 However, the boards have been up beat in seemingly generating revenue for government, despite the poor state of the environment.

Of worry, is the recycling of quack ideas, which has resulted in the conversion of the multi-billion Naira Ogunpa River Channelization scheme in Ibadan, Oyo state to a major refuse dump.

No doubt the negative habits of the people have for long been a major factor that has contributed to the poor state of the environment, just as government seeks solace in its feeble efforts to reverse the ugly trend.

Heaps of refuse at every available space constitute a major feature in most cities.

Sadly, environmental mismanagement in all its ramification has resulted in unreported cases of bad health conditions, with origins from identified environmental nuisances.

It should be noted that most state governments have displayed the lack of political will to decisively enforce policies on the environment.

Political considerations have, not surprisingly, overwhelmed the governance abilities of a sizable number of political office holders, to the extent that the absurd is now the order of the day.

For instance, in the Olorunsogo, Molete area of Ibadan a landlady of a two storey building, Mrs. Ajayi and her tenants of №5 Kehinde Aderibigbe street, have for several years converted the building beside theirs(№3) to a refuse dump, where they also deposit excreta.

Even though the Environmental Health Officers in charge of the community are aware of the ugly development, monetary considerations have beclouded their quest for professionalism.

Without doubt, governance cannot go on smoothly in a dirty environment, especially when lawlessness and criminality are the trend. This is the situation in most states of the federation.