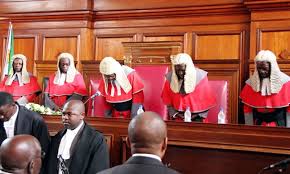 Zimbabwe Judiciary Has not Been Compromised-JSC 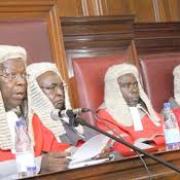 The Judicial Service Commssion(JSC) in Zimbabwe has dismissed allegations that the Judiciary has been compromised.

The Commission made this known through a statement issued by its Acting Secretary, Mr. Walter Chikwana.

"The allegations that the Judiciary is acting under capture of an external force remain unfounded, baseless and unsubstantiated.

"In the meeting held on 22 January 2019, the Chief Justice gave the Law Society of Zimbabwe (LSZ) his assurance that no directive or instruction was given by himself or the JSC to magistrates to dispose of cases before them in a particular manner. He maintains this position,"Mr. Chikwana stated.

The Acting Secretary insisted that the Judcial Officers werw abobe board in the discharge of their duties, saying ''The accusation that magistrates countrywide were acting under some form of directive or instructions to influence their decisions is extremely consequential.The Judiciary cannot take it lightly. All courts in the country and all judicial agents within those courts, must never be interfered with in the dispensation of justice. The Constitution demands it''.

"The Chief Justice reminds all and sundry that all judicial officers are required by Section 164(1) of the Constitution to dispense justice expeditiously.

"In doing so, all due process must be followed and rights of accused persons respected," reads the statement.

"The Zimbabwean courts are not, by undertaking expeditious trials, reinventing the wheel. Such trials are common phenomenon across the world in cases involving violence.

"For instance, in England after the 2011 riots, more than 3 000 people were arrested with 1 500 being arraigned before the courts.

"Their trials were fast-tracked. Courts were in session 24 hours until the cases were completed.

"Even juveniles caught up in the riots underwent trial.

"The Chief Justice maintains his position that where suspects are arrested and brought to court, they are entitled to a speedy trial.

"Fast-track trials must, in fact, be the norm, and not a curious exception." Mr. Chikwana concluded.