We will not Compromise Election results and PVCs-Oyo INEC Assures 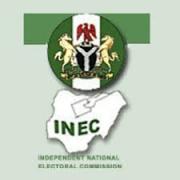 The Resident Electoral Commissioner(REC) in Oyo state, Mr. Mutiu Agboke h has assured the electorate that the Commission would not act in anyway that would compromise the Permanent Voters Cards(PVC) still in its custody.

Mr. Agboke gave this assurance on Tuesday during a Media Briefing at the Commission's office in Ibadan, Nigeria.

The Resident Electoral Commissioner also dislosed that the commission was taking the issue of security before, during and after the elections seriously, saying'' the commission is leaving no stone unturned in the area of security of both men and electoral materials on the day of election''.

''That is why the Inter Agency Consultative Committee on Election Security(ICCES), chaired by the Commissioner of Police and co-Chaired by me has been meeting regularly to identify grey  areas and flashpoints in the state in collaboration with respective Electoral officers. Security is to be beefed up at both state and local government offices of INEC, inorder to forestall any security threats during election periods'', Mr. Agoke concluded.