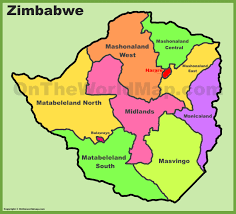 We will not allow chaos in our country-Zimbabwe President

Zimbabwe President, Mr. Emmerson Mnangagwa has warned those who intend to instigate the break down of law and order  as  the 2018 harmonized elections in the country draw near to have a rethink as the full wrath of the law will be visited on them.

President Mnangagwa handed down this warning on Tuesday, while  addressing thousands of Zanu-PF supporters at a rally at Mubaira Growth Point.

"If anyone causes anarchy, the rule of law will prevail. We will not allow chaos in our country. We want peace. All those that are contesting are encouraged to contest in peace because we want law and order in our country.

"People should be allowed to do what they want, while respecting others and respecting peace."

"We accept that people have divergent views. People should not be attacked or abused because they differ with you. No, we cannot all think the same," he said.

"We now have a certain party that says it wants to shut down Harare and to shut down the country. God forbid! We have asked ourselves what this small party intends to do and how it intends to do it and on what grounds. Kana wangova mukaka wawadya, ingodya mukaka wako ugute zvakanaka.

"We are preaching peace and we are saying everyone, including this small party, has the freedom to go around the country to woo the people's vote. No one will stop any party from asking the people to vote for them, the President concluded.

In recent times, MDC-Alliance leader, Mr Nelson Chamisa  has repeatedly threatened to "shut down the country" and "cause chaos" if his party loses next week's poll.