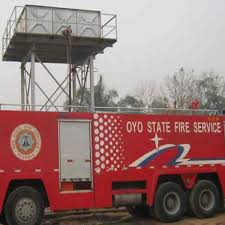 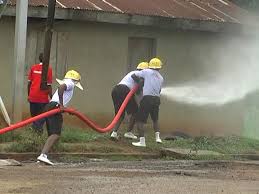 The incoming Government in Oyo state has been called upon to pay urgent attention to the needs of the Department of Fire Service in the state for effective service delivery.

This call was made by the Deputy Director of the Department, Mr. Moshood Adewuyi in a chat with People.

''The department needs prompt attention in terms of equipment that can cope with the present day challenges. We need sophisticated equipment and also we have shortage of outlets which cannot cope with the increasing population. Our personnel also need good welfare package. It is of note that firemen who were recruited sometime ago ran away due to poor renumeration'', Mr. Adewuyi stated.

On the fire incident that occurred at the UMC area of the state capital, Ibadan, recently, the Deputy Director disclosed that communication lag and faulty vehicle hampered the response of the department.

''Although the department's dedicated lines for distress calls are in the public domain, residents of the area did not call, when they went to the Molete office of the department, the fire fighting vehicle with water was faulty. The Molete office has a standard funcitional bore hole, so lack of water was out of it. However, we sent another vehicle from the headquarters to put out the fire'', he concluded.

Not long ago, a building collapsed along Molete/Idi-Arere road in the state capital, this has brought to the fore, the fact that several buildings got quesationable approvals from government for reconstrution. And nothing has been done to address the lapses in governance.

However, the state government, recently, distributed 33 excavators to the 33 Local Governments in the state.