Rape, Defilement and Homosexuality : The Police and Judiciary must be disciplined to ensure Justice for Victims-Prof. Olagoke 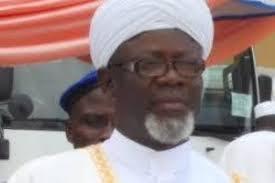 Reported and unreported cases of defilement, rape, sexual harassment and homosexuality, are on the increase in various parts of Nigeria and nothing impressive have been done to stem the ugly tide.

Parents, guardians and serious minded Nigerians are helpless and worried, even as law enforcement agencies have adopted a non-nonchalant approach in enforcing the law.

Indeed, most of the reported cases involve those at the bottom of the ladder in the society, while high profile cases have for long been shielded from the public domain.

In this interview, the Founder, Spiritual Head and Grand Imam of Shafaudeen-in Islam Wordlwide, Prof. Sabitu Olagoke opines that the Police and the Judiciary must first imbibe the tenets of discipline before victims of sexual crimes can have hope of getting justice. Excerpts :

Sexual crimes, including defilement, rape and homosexuality among others are on the increase in Nigeria, law enforcement agencies have failed to do the needful, Nigerians are worried, what are your views ?

Nigeria’s transition from a state of discipline, up to the 70’s, to that of institutional indiscipline, impunity and corruption have created an unsafe environment for the weak in the nation.

The most vulnerable people to the let out of attack are the marginalized women and the girl child in particular.

Our pace, as Nigerians, has nose dived into that of prey and predators, or to be specific a beastly level of existence.

A nation that focuses on material wealth alone, without a commensurate provision for work will ever throw its people into all forms of misdemeanor just to be able to survive and live, most especially to the regime of affluence, is not only in a state of emergency, but highly unsafe for habitation and highly unsecured for investment that may attract foreign interest.

With this kind of gory picture of the state of affairs in Nigeria, the people believe in enthroning a government that would be constitutionally empowered to correct all aberrations in the land.

Unfortunately the elected representatives deviate from the course of Democracy that is based on justice and equity for real development and peace to elude us, hence the present state of insecurity at all strata of human endeavor in Nigeria.

For example, cases like rape, defilement and pedophilia are expected to attract not less 14 years of imprisonment, to the worst, based on the level of damage a life term jail.

However, since all cases are whistle blowing, and offenders identified, prosecution in this direction is yet to be published, perhaps, because there is none.

In a situation of no deterrence, perpetrators of evil will continue will to multiply.

The structure in Nigeria not only encourage corruption, but also encourage people to go into various criminal acts.

This is because since the aftermath of Nigeria's civil war in 1970, we’ve been experiencing deterioration in the core values, that used to hold us intact into a state of discipline.

This becomes cancerous into an endemic state, polarizing every segment of our agencies of socialization, breaking them down into a state of lawless and weak fabric of our human existence, destroy sacredness to promote profanity.

Let us look into the following arrays of our stakeholders known as agents of socialization for correct transformation of the animal called man and the upbringing of our children.

Parents, neighbors, government, schools, houses of God or system of religion, traditional institutions of the Obas, Emirs and the Obis, peer groups and voluntary organizations, what of the agencies for the regulation and control of the system for the overall security of the community and the nation ?

A critical analysis of the present roles of these stakeholders is in a sorry state of destruction rather than construction, to the extent that Nigeria cannot claim to have a bequeath able legacy for our youth !

Suffice it now to say that for our prison yards to transform into a corrective fluid, government must avoid the foot dragging in delivering judgments by the Judiciary, to effectively depopulate our havens of criminality by upholding the ethics of all professions, in this case, the Police and the Judges, on these matters relating to child abuse, pedophilia and cases of rape.

The above mentioned must be disciplined themselves before they can discipline people into rejecting criminal tendencies.

Parents on the other hand must be sensitive, responsive and responsible, in bringing up their children, within safe custody, monitoring and on the need for nature nurturing for the children not to allow anybody to abuse them or whistle blow the possible occurrence of abuse in any form and by anybody from outside.

Government on the other hand must never show favor to offenders, researchers must support the cause of investigation to be able to uproot, the possible cases of aiding and abetting, even when it involves an intention of ritual killing to get rich quickly by perpetrators.

The society must be sensitized on the evil of child abuse, drug abuse and out-of-school children syndrome which is now back to more than 13 million in Nigeria and more than 400,000 in Oyo state.

Rape and pedophilia is very bestial and must be discouraged by all to have a sane and civilized society.

The acts are sinful and could attract divine sanction and it is imaginatively affecting the safety and security of the society.

We are all stakeholders in saving the future of our children, who we all regard as our future leaders, presently Nigeria’s image has been battered, both locally and internationally.

If we fail to do the correct things today on this matters the embarrassment to the country occasioned by those involved in fraudulent activities in the United States of America and the issue of xenophobic attacks in South Africa shall be a child’s play for our children in future, if these issues are are not decisively addressed.

Nigeria must learn how to adopt and adapt the culture of discipline and civility to be good ambassadors in and around the globe or wherever we may find ourselves.

Stop the acts of pedophilia, rape, homosexuality and other acts of human dehumanization.