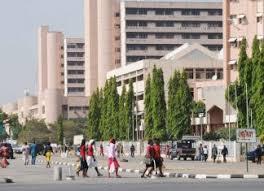 Shortcomings in the Civil Service a Threat to Development-Prof. Olagoke

The present composition of the public service of the federation and states is, perhaps, partly responsible for the myriad of challenges confronting the country today. The insinuation is that the public service at all levels is overloaded and a burden to the government. There is also the suggestion that a number of Ministries, Departments, and Agencies are not relevant to the present economic realities. Corruption, the awkward bureaucratic process, and political partisanship are obvious features of the public service. In this interview, the Founder, Spiritual Head, and Grand Imam of Shafaudeen-in-Islam Worldwide, Prof. Sabitu Olagoke opines that the shortcomings in the civil service serve as stumbling blocks for development. Excerpts :

How can the public service at the Federal, State, and Local Government levels be made very effective and efficient to meet up with the present economic realities in Nigeria?

The engine room of governance is the civil service which by extension serves both the public service and parastatals in addition to the government machinery of operation. Unfortunately, funding has to come from the government for the public and civil service to be productive enough to effect positively on the environment, impact on the society and the people, and to boost the economy for the survival of the people through the provision of basic amenities and functional infrastructure to ease and support government activities. In a sane society, civil servants are expected to be incorruptible because they operate through the rule of the law. They are equally supposed to be highly motivated so that they don't get corrupted for the necessary qualities and standards to be set and maintained to a sustainable level. The civil service code of conduct presently suffers a lot under the bottleneck of bureaucracy, characterized by an unwarranted delay in processing, hide and seek game in the areas of treating files while the oath of confidentiality has equally become a political tool to victimize unfriendly clients.

In the past, civil servants were rigid and religious in adhering to the code of conduct and the civil service rules.  That was an era when technocrats were highly revered, feared, and respected because of their no-compromise attitude.

However, today, they easily collude in perpetrating fraud, and when been used for fraud by corrupt politicians they easily give way and help themselves too, to perfect diabolical plans or sabotage in becoming a conduit pipe to siphon public funds or our commonwealth. Thye easily leaks official secrets even to public servants. Productivity equally suffers due to the lackadaisical attitude of workers to work. Most of the workers have their personal business outfits which they attend to with all devotion than their officially assigned duties for which they are paid. It is not uncommon to witness orgies of idle hours in various places of work, civil servants, public servants, and government officials.

\The work ethic through the mechanics of auditing to support the much-needed concept of transparency and accountability is equally rendered ineffective even in the presence of the introduced   Service Compact with All Nigerians(SERVICOM) AND  The Anti- Corruption and Transparency Unit (ACTU)which are expected to be fillers and pillars of support for the Independent Corrupt Practices Commission(ICPC) and the Economic and Financial Crimes Commission(EFCC) respectively.  Is it not embarrassingly surprising that none of our Ministries, Departments, and Agencies can pass the tets of corporate governance that demands routine checks for auditing, accountability, and transparency. This is why Nigeria continues to promote strong individuals and weak institutions. Cases of Rectors, Vice-Chancellors, Registrars, and Bursars, who live above their means abound. They help themselves with funds meant for the facility update of our institutions of learning which usually fail accreditation exercises. The major problem takes its root in the civil service leading to leading to unwarranted lapses in both material and administrative network for realizable objectives.  The shortcomings that revolve on bureaucratic bottlenecks, leakages in running the system, wrong attitude to work political partisanship at all levels of governance must be squarely addressed to make governance, management, and administration effective. The respect for the civil service rules would in no small measure make all activities effective to meet up with the present economic realities.