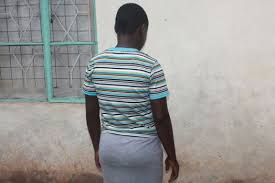 Kenyans have condemned  officers of the Isebania police station for detaining  a 12 year old girl who reported a case of rape.

The girl had gone to the police station  to report, her father, a police officer, who had lured her into his bedroom and defiled her at their home in Nyabohanse town.

Informed sources disclosed that the officers at the police station had to detain the girl, to cover up evidence of defilement and protect  their colleague from the consequence of his action..

The girl, a  Standard Five pupil at a private school, recounted how she had approached her father for school fees, but rather than getting the money her father defiled her.