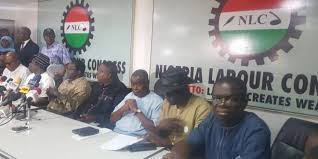 The All workers Convergence(AWC)  has warned of the imminent withdrawal of the solidarity of Nigerian workers for their labour leaders if a new national minimum wage is not achieved by end of December 2018.

This warning was given by the AWC, through its National Coordinator, Comrade Andrew Emelieze  in a chat with People.
''Our labour leaders must redeem their image by ensuring that before the end of December, 2018, everything about a reasonable living wage is achieved, else the leaders would seize to enjoy the solidarity of the Nigerian workers. The Nigerian labour movement has missed the target, in the past three and half years, they have been unable to achieve a new national minimum wage for Nigerian workers, despite been part of the Tripartite committee.''
''The involvement of labour in that committee was a colossal waste of time as nothing tangible has come out of it. What is painful now, is that the Nigeria Labour Congress(NLC) the Trade Union Congress(TUC) and the United Labour Congress(ULC) have deliberately refused to hit the nail on the head, instead they are romanticizing the situation, begging the question at all times, thereby leaving workers to stray like sheep without shepherd''.
''The feeling everywhere is that labour not achieving the new national minimum wage in  the past three and half years, is tantamount to failure and since labour has failed the Nigerian workers, the Nigerian workers, of course demand an apology, over the non actualization of a new national minimum wage in the past three and half years''.
''Besides, engaging government on the issue of new national minimum wage, labour leaders must also engage themselves and do self-examination, to determine if they are really and truly pursuing the interest of the Nigerian workers. Take a look at the modus operandi of the labour movement, you see a movement that has been pampering government. The conclusion  is that the labour movement in Nigeria is not just weak and conservative, but also reactionary. And as a result, there is the urgent need for labour to overhaul and shed its present toga, this would go a long way in redeeming the image of labour'', Comrade Eemlieze asserted.