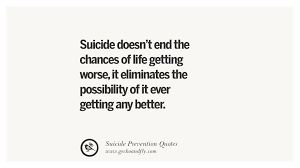 Workers in Nigeria have been advised not to opt for suicide as a way out of the life-threatening situation in the country. This advice was given by the chairman of the Oyo state council of the Trade Union Congress(TUC),Comrade Emmanuel Ogundiran.

''An average Nigerian is undergoing the worst period of life. The economy, the political environment and the social space are getting worse by the day.Nigerians can no longer sleep with their two eyes closed. The galloping inflation has rendered workers' salaries useless. Our religious worship centers which are supposed to be placers of succour have now become points for extortion. Adherents are growing poorer at a rapid rate, while the facilitators of the centers are moving from cars to private jets. All these added together have dampened the morale of workers in Nigeria, but I must be quick in saying that suicide is not an option. Suicide should not be an option,'' Comrade Ogundiran stated.

He also advised workers to develop an alternative saying, '' whatever your class, think of plan B. After your primary job, what can you do that would bring additional food to your table?

''Comrade Ogundiran warned workers to control their temper, while stressing ''stay away from anger. Stay away from people who cannot motivate themselves out of their frustration. No matter how small a fight is, avoid it. Preserve your life and you are sure of seeing the next day. Finally, no matter the situation, no matter what you are facing, if you know that when there is life there is hope, suicide should not be an option.''