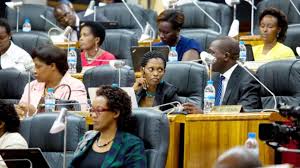 The Rwanda National Electoral Commission  has said that  more  women  have shown interest in becoming members of Parliament.

There are 326  women among the 537 candidates that have shown interest to contest in the election.

This disclosure was made by the, Electoral Commission Chairperson,  Prof Kalisa Mbanda, who stated that this was an indication that there was gender balance in Rwanda.

"It is good news that more women are vying for such high positions,"  Prof Mbanda noted.

Women occupy 64 seats in the lower House and it is a constitutional requirement in the country that women should have 30 per cent of administrative positions.

In addition, there are 24 exclusive women seats which are decided in indirect election.

A total of 179 women have shown interest in the 24 seats reserved for  women.

The Parliamentary election have been slated for September 3 and 4 and all the 80 seats in the Parliament   are to be vied for.