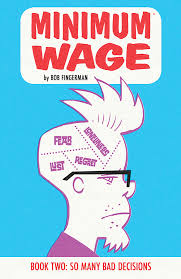 The All Workers Convergence(AWC) has raised that alarm that the Federal Government has with held salaries of workers nationwide for the month of June, to frustrate the one day sit-at-home action of the workers on Monday July 2.

According to the National Coordinator of the AWC, Comrade Andrew Emelieze, who made this disclosure, in a chat with People, the workers will go ahead with the action.

''Any worker that is not comfortable with the N18,000 minimum wage should sit at home on that day. We are appealing to the conscience of all Nigerian workers to make it succeed. An it shall succeed'', Comrade Emelieze asserted.

Howevr, the Chairman of the Oyo state council of the Trade Union Congress(TUC), who is also the Chairman Joint Negotiating Council(JNC) in the state, Comrade Emmanuel Ogundiran disclosed that there was no directive from the Labour centres in Abuja to that effect.

''There is nothing like that, I have no directive, no letter to that effect, in respect of the sit-at-home action, as leaders of organized Trade unions in the state, we will not do anything that would jeopardize or prejudice the negotiation, whatever we cannot defend we will not go into it. Any worker that abides by the directive and is absent without leave, the consequence is summary dismissal, and they cannot call us to defend them because we did not call them out'', Comrade Ogundiran warned.

In his reaction, the state President of the National Union of Local Government Employess (NULGE), Comrade Tititlola Sodo said that the over N9.7 billion released by the state Government was used to pay two months salaries of Primary School Teachers.

''The N9.7 billion the state Government released was a allocation for March and April, 2018, including 10 per cent Internally Generated Revenue(IGR), no gratuity was paid About N3.6 billion was used to pay the two months salaries of Primary School Teachers and another N1.3 billion was used to pay leave bonus. Salaries for workers at the newly created Local Council Development Areas(LCDAs) are still paid at the mother Local Governments. 2o Local Goverments are up to date in the payment of  salaries, quite a few still have salary arrears outstanding, ranging from one to six months''.

Comrade Sodo urged the workers to still have confidence in their union leaders, saying ''we have come this far, workers should not lose hope, they should rely on their unions ''.