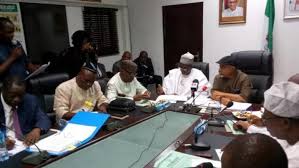 The Nigeria Labor Congress has been called upon to confirm the inclusion of the new national minimum wage in the 2020 national budget.

This call was made by  the Chairman of the United Labor Congress(ULC) in Abia state,  Comrade Christopher Uchenna Ezekiel.

“The NLC should concentrate more on knowing if the increased minimum wage was captured in the 2020 federal government budget or not, before taking the decision to embark on national strike and then declare the proposed strike in those States that are still owing their workers arrears of salaries rather than calling for blanket national strike action against the Federal government, Comrade Ezekiel state.

He lamented that a number of state governments were owing workers salary arrears under the present N18,000 minimum wage regime saying, ''if some of these Governors cannot pay the present N18, 000, is it now that we have an increase that they would pay ?''