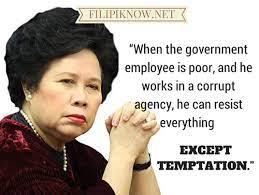 An Ex-Officio of the Oyo State Council of the Trade Union Congress(TUC), Comrade Andrew Emelieze has alerted workers in the Federal Civil Service of the plans to lay off workers on particular grades.

Comrade Emelieze who is also the former Chairman of the TUC in the state made this known in a chat with Poverty Line.

''It should be noted that the idea to cut down the workforce, reduce salaries and merge Ministries, Departments and Agencies is not acceptable, considering what workers are passing through. However, it is the intention of the Federal Government to sack workers in particular grades in the Federal Civil Service.

These policies are been driven by the conditions spelled out in the documents containing the country's indebtedness to the International Monetary Fund(IMF) and the World Bank, in the face of corruption and leakages from the national wealth,'' Comrade Emelieze stated.