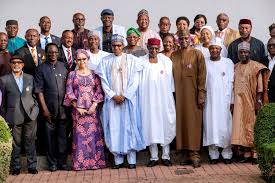 Leaders of the organized labour in Nigeria have been faulted for suspending the indefinite industrial action prior to the Federal Government's announcement of a definite figure for the new national minimum wage.

This position was made known by the National Coordinator of the All Workers Convergence(AWC), Comrade Andrew Emelieze.

''In the future it would be better for labour, despite the agreement, to allow Government to pay the new minimum wage before the indefinite strike action would be called off, this when done, would guarantee workers confidence in labour. We are a bit surprised that the strike was suspended, even when government had not pronounced to the public what it was ready to pay workers''

''However, labour has not  done badly, at least they have been able to compel government, which has been unrepentantly unwilling to review workers' salaries, to concede, in the fianl analysis, for a wage increase, though the last presentation of labour of N30,000 is still slavish in nature and will still give room for future agitation as time goes on because N30,000 cannot be a living wage'', Comrade Emelieze noted.