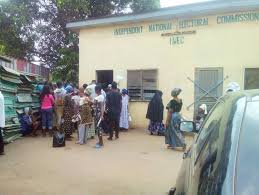 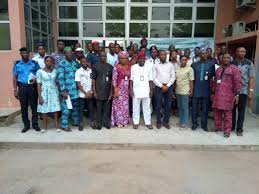 The Peoples Democratic Party(PDP) has raised the alarm over the Oyo state Government's  use of intimidation, threats and harrassment  on the leadership of the Independent National Electoral Commission(INEC) in the state  to cow it to compromise the electoral process.

The PDP made this revelation  on Wednesday, through its Presidential Campaign Coordinator in Oyo state, Dr. Nureni Adeniran at a Press Conference in Ibadan, Nigeria.

'' It has been brought to our  attention that the ruling party, APC has been threatening, intimidating and pressurizing the top echelon of the Independent National Electoral Commission(INEC) to do their unlawful bidding. APC through the Governor, was alleged to have approached the Resident Electoral Commissioner in Oyo state, Barr. Mutiu Agboke, to do their bidding and was harrassed and threatened that if he does not do their bidding, he would ensure that he is transferred out of Oyo state''

''At the instance of APC and their cohorts, the smart card readers that were supposed to be configured at  INEC office in Ibadan,  concerted efforts were made to get it configured at the Agodi Government House, Ibadan through coercion''.

''Allegations of outright thumb printing at the Government House leveled against the Governor since last week, has not been refuted up till now. We demand investigation into this allegation since our campaign council was  inundated with calls from different quarters'', Dr. Addeniran stated.

The PDP also called on staff of INEC and other agencies that would play roles in the general elections, not to ''succumb to  pressure from the ruling party or anyone at all to carry out any illegal and untoward practices that could change the will of the people which can truncate our fledging Democracy''.

''We don't want a situation where they would subvert the will of the people. We should cry out on time so that the people of Oyo state will know what is going on'', he concluded