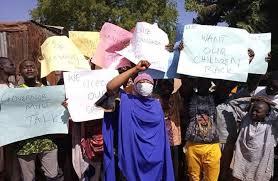 The Uncooperative Attitude of the Leadership 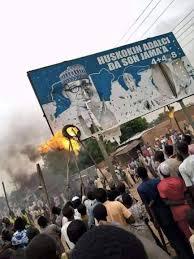 Nigerians are worse off than they were six years ago in terms of development and economic empowerment.

The people are greatly disappointed.
The three tiers of Government share the problems in varying proportions. What is this democracy all about? This is the question on the lip of most Nigerians.
The debate revolves around the improper implementation of the annual budget at all levels of governance. Those in charge of the Ministries, Departments, and Agencies have been given money to deliver the dividends of democracy to the people, but this is yet to be visibly done.
The responsibility of a political party when it comes to governance is to ensure that the Government implements the programs it promised the people during electioneering campaigns. Along this line, the party has done little or nothing.
Interestingly, the leadership of both arms of the National Assembly and the State Houses of Assembly seem unperturbed.
This is so because the Executive determines what the Legislature receives. The Legislature has the constitutional duty to call the Executive to order, but sadly as issues of national importance linger, the Legislature is still in ''coma''.
The abduction of 333 students of the Government Science Secondary School, Kankara, Katsina state,  by gunmen riding in about 150 motorcycles, last week Friday, is just one of several issues of national importance.
Indeed, political appointees and political office holders, who equip hoodlums masquerading as artisans and petty traders with motorcycles and other equipment, are responsible for the increase in crime and criminality in several communities in the country.
Such communities include Molusi, Solanke, Oshodi, Olorunsogo, Aluko/Barracks, Felele, Scout Camp, and environs in Ibadan, Oyo state, where okada riders, mechanics, petty traders behind the St. Annes Schools fence, beer parlor owners are daring and brazing committing crimes with impunity. Since law enforcement agencies give them covert support.
At the Molusi junction,(ASAS) bus stop, Molete, hoodlums who masquerading as okada riders led by one ''Brother Bayo, a  diminutive vulcanizer, and a spare parts seller, daily export, harass, intimidate and attack innocent citizens, despite the fact that a team of the Rapid Response Squad(RSS) fo the state Government is located under the Molete bridge, a stone's throw from the scene of the crime.