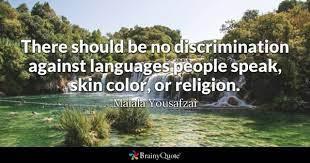 The Right to Freedom from Discrimination by Prof. Sabitu Olagoke

Discrimination, according to researchers is the basis of promoting the slave trade when special consideration is given to differences in language and color.
The United Nations charter on the fundamental Human Rights charter was equally vehement against acts of discrimination because it is considered as an act of making unjustified distinctions between people based on their beliefs, groups, classes, and other categories as perceived by the oppressors.

Read-Legalizing Crime and Criminality
People may be discriminated against on the basis of a race which is divine, gender which is a social construct, age, and religion.
Discrimination goes against an individual's rights simply because of who they are or what they believe in. 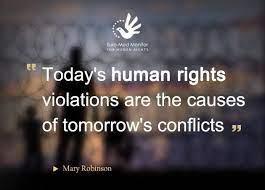 -Landlords and Tenants Associations, Crime and Criminality
It, therefore, promotes inequality. In a number of instances, acts of discrimination may emerge when there are intentions to resolve controversial matters.
For any nation, therefore, to experience rapid growth, there must be the right to freedom from discrimination-a citizen that belongs to a particular community, ethnic group, place of origin, sex, religion, or political opinion ought not to be discriminated against.
Developing nations must work in this direction to liberate their citizens from the clutches of backwardness.