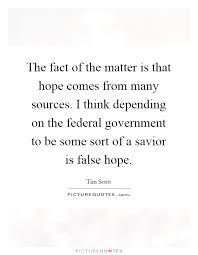 The Essence of Hope

The word hope is highly significant in human activities, most especially when one considers the fundamental statement that man proposes and only God disposes of. Human propositions are an ideal concept of wishful thinking that is always positive due to the self-desire of man.
Most often religious people irrespective of the denominations or sects, traditional or alien, do claim to supplicate onto their creator for their wishful proposals to be transformed into visible results.
F or example, in our physiological needs, man is bound to put up efforts to realize food for nutrition and good health condition even if he has raw food at hand, he has to put up efforts to cook the food into edible form, within that time lag the factor of hope fill the vacuum because if after finishing the preparations and the unexpected happens during the cooked food into something else, for that moment such a person's hope would be dashed.
Generally, we all propose to have good clothes that will meet up the challenges of climate variations. One may find out that the type of clothes one may have maybe for only a climate condition-summer, winter, rain, and dry season with the possible unpleasant effect of cold or heat.
The clothes at hand may not even be adaptable to the new climate condition hence the hope of having other ones that may suit the new climate condition, becomes a matter of hope on where to get money and where to buy the clothes to suit the emerging effect of the climate changes.
In our growth profile and development, the need for shelter-hired or purchased or to be enjoyed under the benevolence of others like the parents' provision of a safe and secured environment for their children.
Even in colleges with boarding facilities, the type of people one would be living with that would suit our nature of introvert or extrovert becomes an issue of hope when the distribution list is badly been expected by the students. 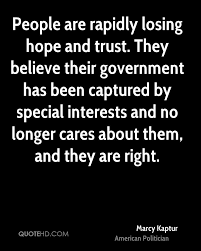 The word hope is inalienable to man and it can be regarded as an inexhaustible value of the immeasurable elastic limit. This is because of the nature of man regarding his curiosity and the status of his insatiability for comfort to come by.
In the general arena of human habitation., the wish to have companions whose general behavioral characteristics would be compatible with what one has for the purpose of enjoying peaceful co-existence in order that there is good teamwork spirit for ease of achieving personal desires because achievement is time-bound, the fear of success or failure even when preparation seem to be adequate is always very high with notes anxieties. For example, 10 people are expected to be recruited in an establishment, but more than a hundred people have applied, the fear may be less with high hopes for those who must have been very well prepared with assurances of competence, good human and working relations, the high coping capacity to situations with adjustable ability to adapt.
However, no matter how brilliant one may be the hope would still be subjected to some test of fear entertainment. This is because the establishment may not use the merit standard except the hidden policy of using how well connected the interviewee is.
Is this not the situation with us in Africa, where poverty and hunger have subjugated many brilliant chaps into the labor market that are daily rendering certificate quality into poor second. It is under this situation that some cynics become skeptical about the true intentions of many establishments calling for establishments.
Fundamentally, three things are Germaine for humanity, purposive existence: the environment, the people of the society as well as the economic activities for the goal of sustainable development and peace to be achieved to take care of the wellness of the people and prosperity of the nation to be viable with a high degree of human development index.
Where things work accordingly, strong nations emerge with people's hopes always rising with certainty.
The loss of hope will ever lead to a poor justice system and a high level of insecurity because the development cannot be sustained for the peace of the environment to be threatened.
A state of hopelessness resulting, in this case, will defy all theories of conflict resolution because the apparatus of gangsterism, in terms of illegal acquisition of weapons of destruction would be easily purchased by the wealthy ones for political thugs in whose hands these weapons would remain even after the conduct of elections.
The marginalization of the people, denying them access to the good things of life would ever trigger anger to disturb the thought processes into vengeance. If sustainable development through the equity principle of the environment and the economy, viability concept of the society and the economy, and the feasibility assurance of the environment and the society, the issue of the right justice system and peace would have been addressed. Raising the hopes of the people is sacrosanct to achieving good governance because hopelessness is an invitation to insecurity which usually characterizes every bad government.
The religious sector can only manage aright the hope of the people for a better tomorrow through a high degree of responsiveness of the government to the people's social needs.
In this wise, the spiritual poverty of the people would have been equally uplifted for adherents to be rejuvenated for right service delivery while been challenged by the demands of their offices.
The government must keep the hopes of the people alive by motivating them at work and through the provision of basic amenities and functional infrastructure for the physiological needs to be met by all.
Then after predictably, everybody will be able, putting their creator first,  to project into the future with ease of accomplishment.