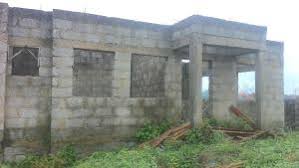 Nigerian workers are increasingly giving up hopes of owning their own homes, as issues of unpaid salary arrears, unfavourable working environment and conditions trail the present administration up till the last lap of its four year tenure.

Mot workers have for long contended with the exploitative tendencies of house owners, who increase rents randomly.

This in in addition  to the soaring costs of  land and  building materials.

For the National Vice President Western zone of the Senior Staff Association of Nigerian Universities(SSANU)Comrade Alfred Jimoh, workers have taken their destinies in their own hands, when it  comes to the fundamental issue of housing.

''The future of workers are in their own hands, as far as owning houses is concerned. I have not seen any meaningful assistance from the management of the University of Ibadan and the Federal Government in particular. The only effort I know, is a revolving housing  loan, but I don't know how effective it is. Workers are making efforts to own their houses with the assistance of cooperative societies and their unions. SSANU acquired some plots of land and distributed same to its members. Also, cooperative societies in the University of Ibadan assist their  members with loans and deduct this from their salaries, As far as Government and our employers are concerned nobody cares'', Comrade Jimoh lamented.

In the views of Comrade Oluwasegun Arojo, the Chairman of the Non Academic Staff Union(NASU), University of Ibadan branch, the beauty of working is to retire into one' own home, with the assistance of government.

''Our members should be able to afford to build their own houses. Let government provide the loans  and direct workers to pay instalmentally, not that when we retire, shelter becomes a problem'', Comrade Arojo stated.

However, the All Workers Convergence(AWC) frowns at the National Housing Fund(NHF), just as it describes fund as a method government introduced to evade its responsibilities.

This position  of the AWC was made  known by its National Coordinator, Comrade Andrew Emelieze in a chat with Federationews2day.

''The National Housing Fund is an imposition by the Federal Government of Nigeria, in a bid to run away from its responsibilities to provide either affordable housing scheme for Nigerian workers or giving out housing loans  to the workers. The NHF is used  to scoop cash from the already impoverished workers because the  deductions are mandatory and almost non-refundable until probably after retirement''.

''The interests on the deductions collected from the workers is equally ridiculous. More painful is the fact that the process of obtaining the housing loans are very cumbersome and workers are usually frustrated, making them resign to fate and allow the deductions to continue  without attempting to take the loans''.

'For workers, generally, we feel cheated and because we don't have options, and because we  are not well protected by our industrial unions, we at most time resign to fate. In fact the NHF has never given account of the contributions  and balance of workers on a monthly basis.

''And if no worker  in the scheme has collected loans within the last 10 and 15 years, and the NHF is not giving reasons why this is so, it means the National Housing Fund is a fraud'', Comrade Emelieze concluded.