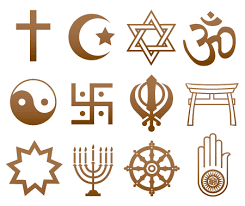 The Holy Quran 30: 41-42, states that ''Mischief has appeared on land and sea because of the need that the hands of men have earned, that Allah may give them a taste of some of their deeds: in order that they may turn back from evil. Say: Travel through  the earth and see what was the end of those  before you: Most of them were idolators (hypocrite, liars, infidels, etc.)

From the perspective of the Holy Bible, Mathew 10: 20, then Jesus criticized the cities where he did most of his miracles. Jesus criticized those cities because the people there did not change their lives and stop sinning.''
On a serious note, Nigeria is blessed with several Churches, Mosques, and other faith-based houses of God, but their religious leaders neither fear God nor are Scripture compliant, for them to have the necessary impact on their people, the high and the low.
Although daily, they conduct services with music, funeral services inclusive, yet the people's behavior are yet to change for the better.
If the Holy Prophet Mohammed happened to be alive today,  the regret would not spare all the Muslims for not ben able to use the Holy Quran to effect the necessary changes.
For Nigeria to be prevented from heading for the precipice, all the houses of God must be made to be alive to their responsibilities of teaching the Scripture for people's true followership and practice, to be able to live exemplary lifestyles that would be bequeathable as a legacy to the future generation.
We must allow God to illuminate all houses of God for worshipers to radiate light into the society and for sanity to reign supreme so that the mechanics of al the machinery of operation are allowed to work without hindrance to promote competence and work attitude that is efficient and for everybody to be responsive and responsible. Citizens on the issue of patriotism for true development, the best solution is to follow a divine path of honor, whereby the religious systems are alive to their responsibilities of educating, admonishing, and processing al adherents onto the path of righteousness to be spiritually charged enough into a state of trust, reliability, and dependability when challenged with the social responsibilities of management and administration, transparency and accountability for the purpose of good governance.
The Holy Quran 30: 43 states, ''But set thou thy face to the right religions before there come from Allah  the Day which there is no  chance of averting: on that Day shall men be divided in two, those who reject faith(doing things aright) will suffer from that rejection: and those who work  righteousness will make provision for themselves(even in heaven).''
Let us avoid underutilization of the potentials in our religions because human failure to tap the anointing will eventually deactivate them into a ruinous end. God forbid.