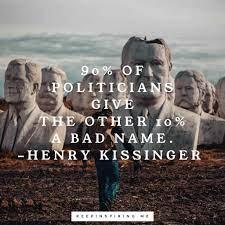 The Adventures of the Powerful

The action and inaction of State Governors in Nigeria have for long being trailed by a plethora of promises.

Even though a number of them are not foundation members of the parties in question, they were given the opportunity to ascend the exalted position.

Sadly, they have destroyed these political parties.

The results of the ward, Local Government and State Primaries were manipulated to satisfy the self-centered interests of these State Governors. Interestingly, consensus has replaced election, to the chagrin of the people.

This abnormality revolves around greed.

Indeed, in the present time, the party leadership is now vested in the affected State Governors while the party Chairmen have since become ceremonial heads.

These State Governors are now in full control of the structures in the national, State, Local Government and ward levels. Most of the political parties have been decapitated, while delegates who elected candidates for various political offices were strictly the choice of the powerful.

Nigerians have continued to fall victims of criminals, who dispossess them of their landed properties in connivance with certain corrupt officials in the Executive and the Judiciary