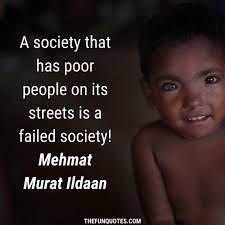 The Poor Report published in 1834 outlined the degradation and inefficiency of the Speenham system that had flourished across England for almost 40 years.
The system encouraged demoralization, rude behavior, laziness, thriftlessness, and immorality of the poor.
The lack of centralization, dependence on the parish initiative, and the absence of a responsive and responsible authority weakened the system.
The resultant administrative anarchy gave rise to the emergence of several petty interests trailed by corruption. Poor relief was a disservice to the poor, a drain on the rich, and a threat to the government.
The Poor Law Amendment Act of August 14, 1834, made no difference but established administrative machinery, giving prominence to three remote impersonal  Commissioners in London. Their activities resulted in despondency, disillusionment, and anger among the majority poor.
In present-day Nigeria, the Federal Ministry of Humanitarian  Affairs and Disaster Management claims that the Federal Government spends$ 1 billion on the poor annually.
This claim is not only questionable but ridiculous considering the hungry and poverty-stricken looks of millions of sickly, infirm, orphaned, able-bodied, and disabled Nigerians. These Nigerians who are everywhere in the Nigerian space, now believe that the government is not only deceitful but insincere.