Land, Houses and a Compromised System 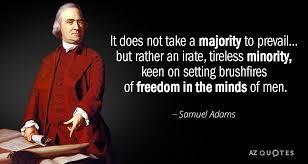 In 1801,1836 and 1854, the General Enclosure Acts were passed.
The General Enclosure Act of 1845 superseded the Parliamentary committee which examined Enclosure Bills by Enclosure Commissioners, who instead of sitting at Westminister, moved to the scene.
The Enclosure Commissioner presented their findings to Parliament in the form of GeneralBill for passage into law.
The Squire expanded his holdings and expanded to the land of ejected tenants, in addition to common land and waste, while the larger freeholders held on to their claims and increased their holdings.
But this, was, however, not the case for smaller freeholders.
An Enclosure Bill was not enough to drive a freeholder off the land because he had legal claims to his holding.
Aspects of the Enclosure which negatively affected the freeholder include:  He had to pay his share of the expenses of the enclosure, which was an expensive process, varying from about 200 Pounds to nearly 500 Pounds. If unable to pay, then he had to sell off the plot of land awarded to him. If he survived, he had to pay for the hedges and fences which every owner was compelled to make round the new fields. If he could not do this, the land would be sold or mortgaged.
A number of the freeholders became tenant farmers, renting lands instead of farming their own.
Most were compelled by economic difficulties to do this,  a few thought it profitable to sell their smallholding and rent a large acreage, where rationalized methods could be practiced more economically. Others who sold out abandoned the countryside and channeled the proceeds of the sale into industrial ventures.
The remaining left opted for none of the above alternatives and was compelled to work as laborers on the lands they had once owned or as ''lands'' in one of the new factories.
The foregoing in addition to the infringement of the rights of cottagers and squatters based on customs and the cutting short of the sources of livelihood of people who depended on the open-field village resulted in resistance and violence.
The ruling class rode roughshod of the peasants.
Laws at this period, favored the ruling class, while the living conditions of the farm laborers deteriorated rapidly.
Several died out of starvation and the draconian laws of this period. Game laws favored the ruling class and poaching was an offense with very inhuman punishment, even though the unemployed, agricultural laborers, miners, and ribbon weavers depended on poaching for survival.
Between 1799 and 1800, influenced by the Enclosure Act and industrialization, destitution had become a challenge of dangerous dimension.
Indeed, the Poor Law, the Law of Settlement, the Game Laws, and the Enclosure Laws, all contributed greatly to the impoverishment of the people who constituted the majority.
Public attention was attracted to the predicament of the poor by humanity and public interest.
In Nigeria, today, land and property owners have been and are still been dispossessed of their land and houses by Those-in-Charge, their agents, proxies, and fronts, with the desperate collaboration of a heavily compromised legal and law enforcement system.