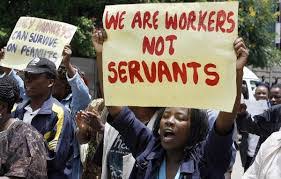 The Zimbabwe Government has for the past four months withheld  the salaries of three leaders of the Amalgamated Rural Teachers Union of Zimbabwe (ARTUZ), who led protests against the  Finance Minister Mthuli Ncube's austerity policies in January.​

The union leaders and others who  were  arrested in Macheke and charged with criminal nuisance, appeared in court in Marondera before their case was referred to Harare.

Before they could appear in court they were again arrested in Ruwa just 40km outside the capital, however the court  ordered their release. 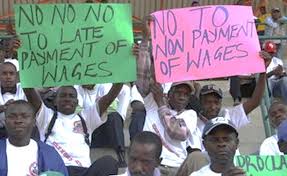 President of the Amalgamated Rural Teachers Union of Zimbabwe (ARTUZ), secretary general Robson Chere and Mashonaland West chairperson Munyaradzi Ndawana, have however, called on workers not to be deterred by the latest action of government.

"This so-called new dispensation is using every trick in the book to curtail trade unionism in Zimbabwe, the freezing of salaries is a desperate attempt to silence our membership. We will not be cowed into submission by such cowardly acts on an anti-worker establishment, we demand salaries in US dollars or market equivalent.  Austerity measures are killing the working class and benefiting the ruling elite, we call upon the working class to rise and crush austerity. 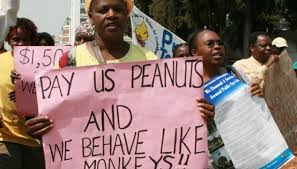 "We are surviving on handouts from well-wishers. It's a difficult situation and cannot even afford paying school fees for our children'' they said.

While other unions seem to have adopted a different tact choosing to negotiate with government, Masaraure and his group have taken the authorities head on.