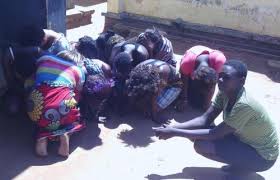 Youths in Uganda have expressed  worry over the increasing rate of under age females who engage in prostitution.

According to  the chairperson of the youth council, Mr Shafik Kyagulanyi over 100 girls, a sizable number drop outs, are affected.

"We are worried that the number of underage girls joining the sex workers network could increase because once we have the vice as part of the normal activities, many young girls could see it as an opportunity to make a living," Mr Kyagulanyi said.

"Some of the young girls who have dropped out of school think that the sex workers earn quick money. We now have a fear that several young girls could get attracted to the vice which exposes them to HIV/Aids among other diseases," Mr. Kyagulanyi stated