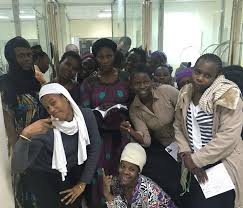 Members of the Ugandan Parliament have proposed the setting up of a special committee to look into the allegations of slave labour involving several girls from the country, in Dubai, United Arab Emirates(UAE).

According to    the member representing Butambala in the Parliament, Mr Muhammad Muwanga Kivumbi a visit Dubai by the lawmakers of Budget Committee, exposed a labour recruitment centre, "which for all intent and purpose resembles a well-organised slave market".

Kiyumbi disclosed that when the committee visited Jaira state, it discovered girls from various countries, accommodated in several small buildings, patiently waiting to be sold to buyers with the ''highest bid''.

He also stated that the girls were being maltreated, while lamenting that 16 of them  had committed suicide between February and August 2017.