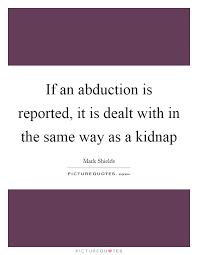 United States Attorney Alison J. Ramsdell announced that three individuals, one who resides in South Dakota and two who reside in Colorado, have been indicted by a federal grand jury for Kidnapping, Carjacking, and Using, Carrying, and Brandishing a Firearm During and in Relation to a Crime of Violence.

Read-Helplessness in the Face of Dirt

The maximum term of imprisonment upon conviction for each count is as follows: up to life for Kidnapping; up to fifteen (15) years for Carjacking; and a mandatory minimum of seven (7) years up to life for Using, Carrying, and Brandishing a Firearm During and in Relation to a Crime of Violence.  Each count also has a maximum fine of $250,000.

According to the indictment, on or about May 6, 2022, near Red Shirt, in the District of South Dakota, the defendants, Juan Francisco Alvarez-Sorto, a/k/a Juan Francisco Alvarez, a/k/a “Juanito R.,” a/k/a “Juan Jr.,”  Deyvin Morales, a/k/a Deyvin Eliabid Escriba Morales, a/k/a Deybi Eleabit Escriba Morales, a/k/a “Guate,” a/k/a “Watay,” a/k/a “Chapine,” and Lourdes Alondra Bonilla, a/k/a “Bhabie Doze,” a/k/a “Princess_Doze,” did willfully and knowingly kidnap and abduct a victim.  At the time, the victim was engaged in the performance of their official duties as a professional support employee with the Federal Bureau of Investigation.  The defendants also took the victim’s vehicle, with force, violence, and intimidation, and brandished a rifle during the commission of the charged criminal conduct.  It is alleged that the defendants aided and abetted each other in committing the charges set forth in the indictment.

The charges are merely accusations, and each defendant is presumed innocent until and unless proven guilty.

The investigation is being conducted by the Federal Bureau of Investigation.  Assistant U.S. Attorney Jeremy R. Jehangiri is prosecuting the case.

The defendants were all detained pending further court proceedings in South Dakota.  A trial date has not been set.