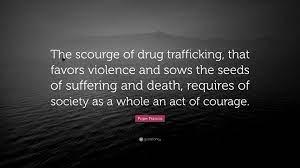 In 2009, Askew was convicted of crack cocaine trafficking in Philadelphia. He was sentenced to 5 to 10 years in state prison. After being paroled from state prison, he relocated to Butler in Butler County and trafficked fentanyl, heroin, and cocaine as part of a Butler-based drug trafficking crew. Askew dealt these drugs on a regular basis between 2017 and 2020, including within 1,000 feet of multiple schools in Butler.

The Pennsylvania State Police, the Federal Bureau of Investigation, and the Butler County District Attorney’s Drug Task Force led the investigation leading to the conviction and sentence in this case.