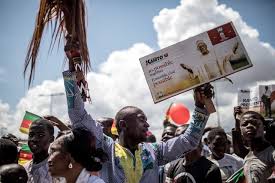 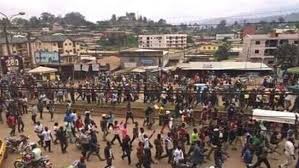 ​The Committee to Protect  Journalists(CPJ) has called on the Government of Cameroon to immediately  release two journalists  arrested by security agents while covering an event organized by the opposition.

According to CPJ "Théodore Tchopa and David Eyengue Nzima are journalists who were arrested for simply covering a newsworthy event, and must be freed immediately without condition.  Cameroonian authorities should stop trying to intimidate and censor journalists who have a duty to keep citizens informed about the political and economic situation."

''CPJ's calls and text messages to the offices of Cameroon's deputy justice minister, Jean De Dieu Momo, and the newly appointed communications minister, René Sadi, went unanswered. The police's national communications chief, Joyce Ndjem, said she does not give comment over the phone and CPJ should come to her office''.

''Cameroon was the third worst jailer of journalists in Africa, after Egypt and Eritrea respectively, with at least seven journalists behind bars for their work as of December 1, 2018, according to CPJ's annual prison census'', CPJ stated.